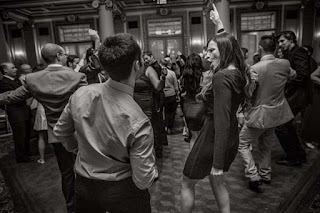 Walk On In was placed number 2 in my Tracks of My Years round up of 2013, when I noticed this the other week I was slightly surprised as this was above a John Talabot remix of The xx, Immunity by John Hopkins and other tracks that I have played more frequently since then. Then I played it again and realised that it really did deserve it's placing second from the top as it still sounds absolutely essential and managed to brighten up the interminable commute into Glasgow on either the M74 or M8 at present, it is fast becoming one of the 7 circles of Hell, but I digress, I can only imagine how this tune sounded at maximum volume in a club. I love the breakdown about three minutes in.

Airdrie are away to Stenhousemuir this weekend and there is absolutely no way Leo and I will be venturing over to Larbert as we are both still in counselling after the five nil pumping they inflicted on us in early December.

I just got hold of some Doc Daneeka tracks last week. Which I'm enjoying.