I Need You There 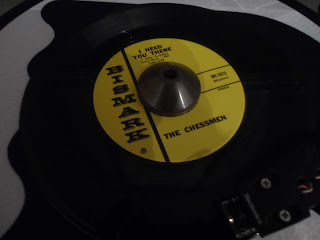 I Need You There was the second 45 released by the Chessmen, The original group were formed in 1964 on the campus of North Texas State University in Denton, outside Dallas.  The first single was a rather pedestrian cover of Save The Last Dance For Me released in 1965 on the Bismark. Later that same year after a line up change one guitarist leaving and two joining they recorded and released the record that the band will be remembered for, I Need You There another great piece of mid 60s garage rock. The following year after more changes in the band they released their third and final single You're Gonna Be Lonely