Not Another Bloody Fall Cover? 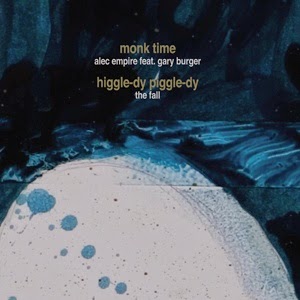 This time it's the turn of the Monks, the American GIs based in Germany in the mid sixties who have their garage rock sound fallified. Higgle-Dy Piggle-Dy was released in Germany as a split single with Alec Empire covering Monk Time on the flip. Both tracks were part of a CD compilation tribute album to the band called Silver Monk Time.

No complaints from me. Never heard this before - terrific. Heard an excellent tune from the new Fall LP over the weekend and going to see them in concert again in 10 days. Exciting times.

You can never have enough Fall covers, now, can you Drew? Cracking song.

Never heard M.E.S. version of this song before. It's terrific Drew. Here's some classic from the Monks on German TV: