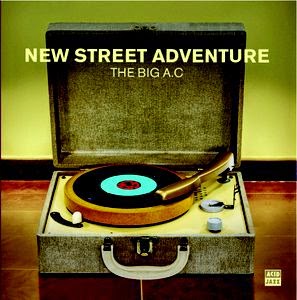 I heard this the other day and decided to investigate a little further and it appears that I'm a bit late to the party as the band have been going in one form or another since 2008 and were signed by Eddie Pillar to Acid Jazz a couple of years ago. This track was released as a single early last month. The dancer in the video will be familiar. I love it, it's good to see that a new generation are taking northern soul influences and creating something, if not totally new at least refreshingly different from most of the pish around at the moment.