It's That Time Of Year Again 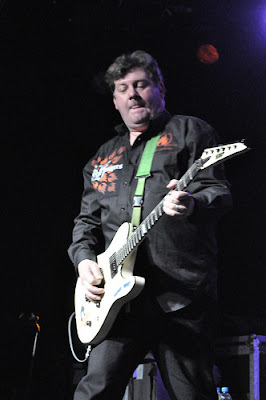 The first week of February is by so as has been the custom these past four years, this sad middle aged man's mind turns to the serious issue of whether to get involved in the nostalgia fest that is known as St Patrick's Night at the Barras. Some of you will be aware of what I am banging on about but for the others I will briefly fill you in.

For the past 19 years SLF have played the Barrowland Ballroom in Glasgow on St Patricks night. For the first couple of years my mate asked me if I wanted to go but I declined on the grounds that I wasn't going to see a band that by then,  I believed were a pale imitation of what they would have been circa 1978/79. So for fourteen years nothing more was said but 4 years ago Stiff ( no he is not called that due to his love of SLF) asked me again but this time persuaded me with the argument that it might possibly be the last chance to see them and if I said no then I would regret it,  maybe not that day or the next but soon and for the rest of my life. So I decided what the hell.

When I walked into the Barras my heart sank as I was confronted with a scene that would not have been out of place if Life On Mars had it been set in 1979 or 1980 instead of the early 70's and everybody was a punk  but the age that they would have been in the year 2007. The Clash tribute band lowered my expectations further but when SLF took to the stage everything changed and to cut a long story short, I had a ball and the band were absolutely electric, no parody of themselves what so ever.

Anyway I was happy that I had attended the night but decided that that would be it. So the following year I declined the invitation but on the night felt like I was missing out on something and  last year I went back. Virtually the same crowd, well,  exactly the same crowd where we were standing as two years previously, the same terrible support and then the same brilliant performance by SLF.

So this year sees the 20th anniversary and after writing the above I have decided that, yes I will be going if I can get a ticket. I am under no illusions about what I will witness, I could probably give you a 95 % accurate set list just now. There will be one difference however, the dodgy Clash tribute band are not the support,  that will be supplied by Spear of Destiny which will be interesting.

Here is an SLF track, that when it came out I thought was a bit too poppy and didn't buy but which over the years I have come to love. This version was recorded at the Barras in 2006, no need to ask when that year.

Email ThisBlogThis!Share to TwitterShare to FacebookShare to Pinterest
Labels: SLF

I can smell it all now. Spear of destiny- I'd forgotten all about them.