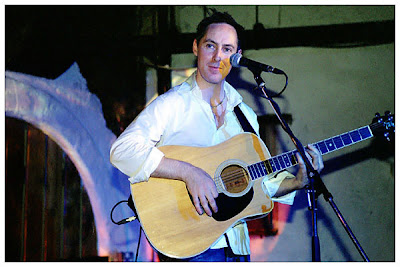 I had a bit of a Roddy Frame fest yesterday but decided to play the albums that I seem to over look for the more obvious choices such as High Land Hard Rain or Surf. So I played the final two Aztec Camera albums Dreamland and Frestonia and also the first much overlooked solo album the North Star. All 3 albums are brilliant both musically and lyrically. Why Roddy Frame is not more highly regarded is a mystery to me, it also makes me quite angry when you see some of the mediocre musicians and song writers that are venerated in the music press and beyond.

Here is as Roddy says on one of the live cds "an autobiographical song" from the afore mentioned North Star. I was going to post Sun from the Frestonia lp as it was rather pleasant up here yesterday but by posting it I would probably put the kibosh on that.

It has been far too long since we have had either any new material or a tour from The Boy Wonder.

I'm rather fond of Frestonia; there's something of Crowded House about some of the songs on that album, and it works nicely mixed in with Roddy's own style.

I really like all 3 of these lps .. but Dreamland comes out just on top for Spanish Horses and Pianos and Clocks - was surprised when I read the sleeve notes that it was produced by Ruichi Sakamoto (apols for spelling)