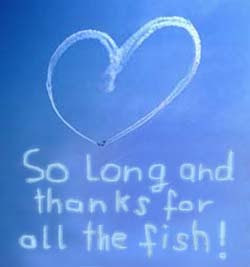 I often wondered where Ctel would go once he finished his trawl through the ABC of dance music but I never for one moment thought that he would rap it. So I'm stunned today. I suppose it is better to go out on a high. I don't however, think for a minute that the acid ted has exhausted his spare room full of great and sometimes not so good dance tunes (see last Friday's post). I suspect that there is something else that is preoccupying his time.

Acid Ted was one of the first places that I visited when I first got interested in music blogs and very quickly found myself visiting on a daily basis, due to the quality of not just the tracks but also the commentary as well and then there were the obscure Weatherall mixes. Along with The Vinyl Villain and the Ghost of Electricity, Acid Ted became one of my regular distractions from work and also an inspiration for me to give blogging a go myself. So he has the dubious pleasure of being partly responsible for the pish posted here.

I'm not sure that there are many people who visit here that have not also scoured the posts on AcidTed, but if you haven't, you should and if you find some tracks that you like you could do worse than make a small donation to the charity mentioned on the right hand side, a cause  which is close to CTEL's heart and has also become something that many of us who have visited the site have become aware of and supported.

I was going to post a Weatherall mix in honour, however between CTEL, STX from another great, sadly missed blog Audio.Out, Moggieboy, Swiss Adam and myself, I don't think that there are many that have not been posted somewhere. If this has, I apologise but I've only posted the one mix from it before.

All the best CTEL and thanks for all the tunes. To paraphrase Liam Maher, CTel, whatever you do just make sure what you do makes you happy

One Dove - Transient Truth (Paradise mix)
Posted by drew at 21:04

Email ThisBlogThis!Share to TwitterShare to FacebookShare to Pinterest
Labels: AcidTed, One Dove, Weatherall

Nice work Drew. Blogging brothers and sisters do stick together in a rather wonderful way.