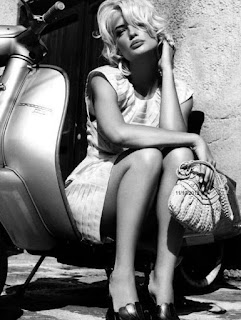 This song was in my head yesterday all day. If you excuse the pun it always brightens up my day. For a song that if the story is true was a result of such a tragic event, it is quite remarkable how upbeat it is. It is said that Bobby Hebb wrote the song after his brother was stabbed to death, the day after the assassination of JFK  as a way of remembering better times.

Sunny has been covered numerous times by the great and the truly appalling. My favourite version was the Marvin Gaye one unearthed from the Motown vaults by Richard Searling at the turn of the millennium which I have posted a couple of times. So today you're getting Marva Whitney and James Brown's rather fine jazzy stab at it. I had never heard this before I bought the It's My Thing remastered double album which is well worth seeking out.

The version of "Sunny" I knew best was by Georgie Fame which was released the same year as the original by Bobby Hebb, although I do recall Hebb's version being played on UK radio at that time.
Didn't know that story about Hebb's brother. I always thought of it as a love song rather than a comment on fine weather.

Bobby and Marvin both do it better than this duo, but this is still a very interesting version and one I never knew existed. Thanks, Drew.