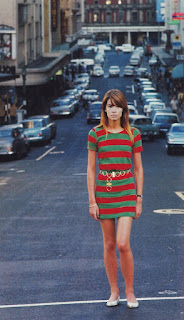 On the way up the road from Portsmouth on Saturday I was listening to Richard Searling on Radio Stoke until we lost the signal around Lancaster as I hoped that some quality northern tunes would stave off the gloom that was descending as the realisation of the Monday morning to come and back to work started forming in my head.  It was working too until we got to around Lancaster when the signal was lost and seeing it was Saturday I re-tuned to 6Music where the Craig Charles Funk and Soul Show was in full swing. He was playing some quality tunes but when this edit of Groove Is In The Heart came on I nearly flipped, it is the dogs bollocks and so first thing on Sunday I was on the net to see if it had been released, preferably on vinyl. Alas it hasn't but it can be picked up for a small donation along with another 14 refits here.  I can assure you you will not be disappointed.

Deee-Lite - Groove Is In The Heart (The Reflex revision)
Posted by drew at 08:00

Lancaster eh, that's where i grew up.We had something much better than C.C. funk show. We had Radio Lancashire's On The Wire, just superb listening on a Sunday aft after a night out.

The original is tough to beat, but that was a mighty fine mix. Had a big ol' crush on Lady Miss Kier. Who didn't, right?