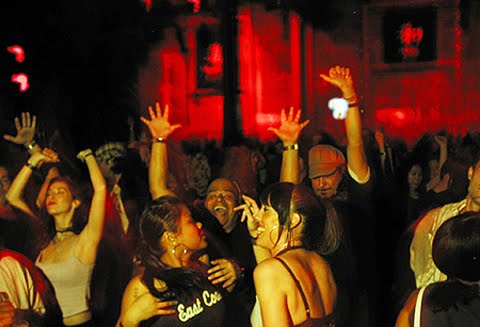 Before deciding to use this song for the proverbial dance track on a Friday, I knew absolutely nothing about this record apart from the fact that I thought that it was a funky as fuck when I bought it and have played it on and off ever since.

I thought that I better try and find something out about the track before posting it, so headed, as you do to Discogs. I had a suspicion that it was too good a track to be tucked away as the first track on side 2 of a load of remixes and apparently the track was released  in it's own right. The version I have is on a 12" of remixes of Minus 8 on the Compost label from Munich, was recorded by Robert Jan Mayer and came out in 2001.

I have no recollection of where I bought it but did buy it after listening to it and on the strength of this track, the others are okay but this is the standout.

Did I mention that I'm going to see The Fall tonight?
Posted by drew at 07:05

Email ThisBlogThis!Share to TwitterShare to FacebookShare to Pinterest
Labels: Dance, Minus 8

And it was wonderful, Davey. MES resplendent in Arran cardigan and relaxing on the rocking chair.

Saturday night was even better than Friday.