Anger Is An Energy 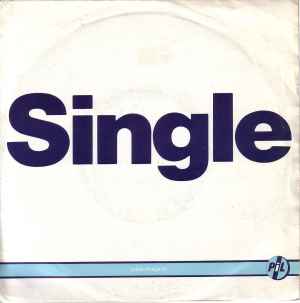 When I first heard this single in 1986, it totally blew me away. At the time of the release of Rise, I, for one had kind of forgotten about PIL and the last thing that Lydon had done was his amazing collaboration with African Bambaataa but that had seemed to have been a one off as it was 2 years previously and very little had been heard from or about him until this single, which came as a bolt out of the blue to me but had probably been all over the inkies. It was a breath of fresh air and Lydon as scary sounding and looking in the video as he had ever been.

Twenty three years on and the song still packs a punch.

The design for the single and album cover was borrowed from the film Repo Man by Alex Cox, who the same year as Rise was released  Sid and Nancy.

Email ThisBlogThis!Share to TwitterShare to FacebookShare to Pinterest
Labels: Pil

I played this album to death at the time and was always knocked out by the guitarist, who I later found out was Steve Vai!!

I love this single. I'm going to have to dig out the album now.

May the road rise with you indeed!

One of the best singles of all time.

Really like the blog, have had a quick dip before but never taken time to investigate thoroughly. Glad I have now.

Now I've buttered you up, any chance of ripping the b-side? My copy's played to death...

Great video as well in which John perfected his manic grin to camera that he's used so often over the past 25 years.

for a store chain called ralph's
here in the U.S in the 80's