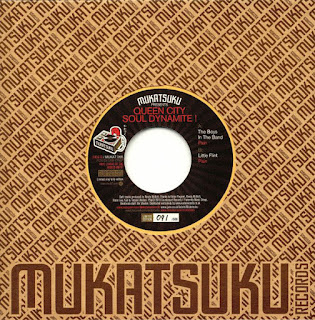 I was really please when I heard that Mukatsuku were re-releasing Pain by Little Flint as the original release from 1970, the only release on the Beast label by this studio band from Cincinnati Ohio was always out of my price range at around £400 for a vg+ copy if you could find one. On the b-side is an alternate take sung by Wayne Perry under the guise of The Boys In The Band which has never been released before. A furious piece of soul rock, with some great brass and an organ solo although it lacks the nuance in the vocal of the of the Little Flint version it is still a welcome addition to any soul collection.

Man, that one punches you right in the chest. Love those horns!

As Brian says, that horn section is fantastic.