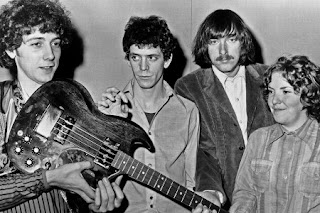 After yesterday's post it was inevitable that today I would go back to the source. Rock and Roll was first released on the final Velvet Underground album, Loaded, however it had been played live frequently and  originally put to tape the previous year. Here is the Matrix Tapes version.

The Velvet Underground - Rock and Roll (Live)
Posted by drew at 08:00

More Matrix Tapes! Woo-hoo! You do spoil us.