I Never Gave Up 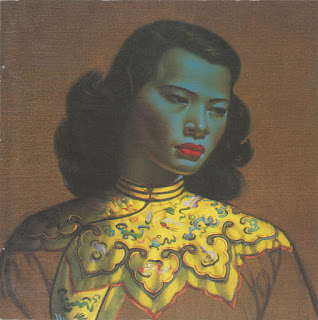 Inspired by a post a couple of weeks ago, I spent the Sunday after listening to the Chumbawamba records that I own and even dug out the early live bootlegs and demos that I found in the cupboard in the middle of the stairs. The records and cds have stood the test of time pretty well and sadly many of the topics that the Chumbas railed against back in the 80 and 90s are still extremely relevant today. The tapes unfortunately I found mostly unlistenable due to their extremely no-fi nature, which is strange as I have memories of playing these often, either my old Panasonic Ghetto Blaster was of superior quality to my current system or my ears weren't so concerned about fidelity back then.

One album that surprised me was Slap! which I thought of all of material that I have would have dated as it was the band's early foray in the use of samples and beats. The album was also a bit of a change in attitude for the anarchos from Leeds in that it was more celebratory than accusatory in tone, especially in the track Rappoport's Testament: I Never Gave Up. I'm not sure that many bands would even attempt to put an account of someone's experiences in Auschwitz but that's exactly what Chumbawamba have done here, Valerio Rappoport was an inmate of the death camp and his testament was captured for posterity in Primo Levi's book Moments of Reprieve, where he states that if Levi survives Valerio then he must tell the world ". . . I did not weep or ask for pity. If I meet Hitler in the next place I will spit in his face and I'll have every right to, because he didn't get the better of me"

Chumbawamba - Rappoport's Testament: I Never Gave Up.
Posted by drew at 10:27

I think it might just be you and me on board the Chumbawamba train Drew. I really must plug a couple of late period gaps in the collection.

I'm also on board said train....albeit I didn't board it until Shhh!

There's a very fine Chumbawamba tail coming up on TVV soon, courtesy of SWC and his 45 45s at 45 rundown.