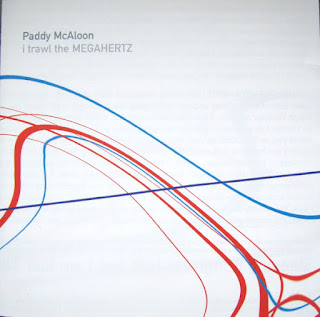 I was in two minds whether to post this as the album that this track is the main piece of is getting a long awaited re-release at the beginning of next month. It will be remastered and so will sound a lot better than the download below and although this track is the longest thing on the album, it works better as part of the whole than a standalone piece, although it does work like this which is why I'm not sure whether to invest in the cd or the vinyl as this is one of those things I think should be listened to in full.

The circumstances around the production of this extraordinary piece of music are quite unique. In 1999 Paddy McAloon was all but blind due to detached retinas making him spend a lot of time housebound during which he listened to a lot of shortwave radio broadcasts mainly talk shows and phone-ins. He began to record bits of these broadcasts and started to incorporate these recordings into the music that he was composing at the time adding some TV and television samples along with spoken word passages from the radio shows narrated by Yvonne Connors and Paddy McAloon singing on one of the tracks. The orchestration is lovely. especially the trumpet and strings. This is probably as far from what you expect from A Prefab Sprout album as you are going to get and when it originally came out it was credited to McAloon alone, however the re-release comes out under the Prefab Sprout moniker. I think that everybody's collection will be all the better for having this in it.

Paddy McAloon - I Trawl The Megahertz
Posted by drew at 08:00

I was only reading an interesting piece about this album a couple of weeks back and have it on my list to revisit, so your post couldn't have come at a better time. Saving it for when I get home from work. Cheers Drew.