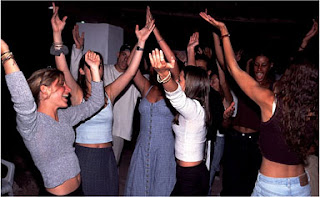 I got bored of this pretty quickly back in the day just as well that as it seemed there were loads of great new tunes coming out on a weekly basis. However when it came on randomly during the week the deepest gloom of the first week back at work in January very nearly lifted and I was back in loose fitting jeans and my lovely red nubuck Wallabees. During the festering period I had a morning afternoon when everything I played seemed to come from 1991 this would have fitted right in but it didn't even occur to me to dig this out. I think over the weekend I may try and replicate the mixtape that I had at the tail end of 1991 which had things like Dove, Fallen, Let's Kiss And Make Up, Hoomba Hoomba and Never Get Out Of The Boat.

The third meeting between Raith Rovers of the season has come around quickly. Can the Diamonds make it 4 wins on the bounce? It would be good to go into the Scottish Cup game on the back of a successful run of matches, then the inevitable slaughtering will not be so bad. I will be meeting up with JC to get the Stuttgart scarf that Walter so kindly brought over for Leo when he was here at the tail end of last year. Leo will not be in attendance however as it is his birthday so he and 9 friends are going to the Edinburgh Dungeon and then a sleep over at ours, deep joy. It could have been worse,  L suggested taking them all to the football which I successfully convinced her was not the best idea in the world,

Have a good weekend [people

I love this song. Looking forward to news on the mixtape.

Hope you enjoyed the draw with your nemesis. Will you be attending the Scottish Cup match with Celtic? As a complete outsider, I'm curious if Celtic gets the same kind of crowds for a match like this? Could they get 45,000 or more, or am I way off base?

It was a good game Brian. No, I will not be going, I fear it will be a rather one sided affair, although 1000 Airdrie tickets have been sold, not sure who to but if we could get 1000 at the Excelsior on a Saturday then we would be very happy, Not sure if Celtic fans will turn out in great numbers to watch them against a "diddy team".