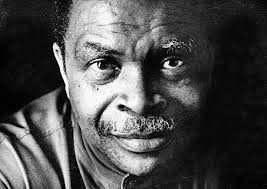 Another incredible soul voice passed away at the weekend. Otis Clay began his recording career with Chi town label One-derful in 1965, prior to which he had been singing in gospel groups in Indianna and Mississippi. After leaving One-derful he recorded for numerous labels during the 60s and 70s including Cotillion and Hi and in 1980 recorded a single for Echo, his own label, that has been on my wants list since I first heard it in about 1990, the original version of The Only Way Is Up. He was active in music right up until his death with his last album, This Time For Real a collaboration with Billy Price released just last year. Clay was inducted into the Blues Hall of Fame in 2013,

It's not a name I'm familiar with Drew but I've no doubt he was a talent who will be missed by his fans and admirers. Seems a real shame that any mention of his passing out there in the meedja will be overshadowed somewhat.....

The mighty are falling Drew

I'm aware of some of his tracks but had never heard this one before. I hadn't realised the Yazz hit was a cover - Otis' version is sublime. Just a shame I discover it in such circumstances.

It's a belter Great Gog