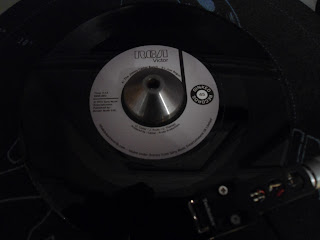 It's Just Begun, the title track of the 1972 album by The Jimmy Castor Bunch has to be right up there when it comes to the most sampled track in music, second possibly to the Amen break from Amen Brother by the Winstons. Sweat, the difference being that multiple elements of It's Only Just Begun have been lifted not just a six second drum part. According to WhoSampled.com elements of the track can be found on 119 other records by everybody from Grandmaster Flash to Jamiroquai.  The fact that bits of it have been sampled to death takes nothing away from this excellent piece of frenetic funk.

The link is now sorted

The Jimmy Castor Bunch - It's Just Begun
Posted by drew at 08:00

I've been meaning to blog about the Amen Break.
Swiss Adam

I was gettin' down big time until 1.25, when it suddenly drops out. Damn!

Not sure what happened there Swede will sort it out this evening when I get home. Sorry about that

fount it great, you can also check our site @
http://edinburghcontemporarychoir.com