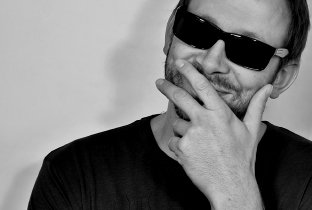 Last night this track came on the mp3 player on the way back from The Smurfs. I'm not sure if J or D, Max's pals were that impressed but I sure as hell was. I could vaguely recall hearing the track before but was at a loss as to who it was by or even what it was called but it was a brilliant piece of Tech House. So when I got home I flicked back through the tracks and found out it was an unreleased track by Ripperton or Raphael Ripperton as he is know to his mother, so I have absolutely no idea where I got it from.

All I know about the man is that he is a Swiss DJ and Producer, apart from this track, the only other stuff I have got by him are some belting remixes for Ellen Alien,  Thom Yorke and Silicon Soul, hence the name being familiar. I think that I will need to delve deeper into this man's work.