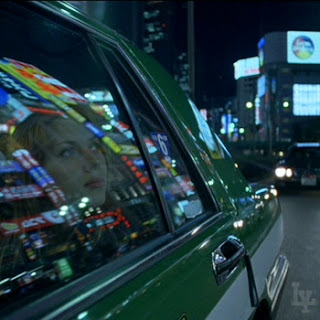 I went to see Cults on Wednesday night at Nice n Sleazy in Glasgow. I had high hopes for this gig and had been waiting a while for it to happen due to it being postponed from June.  I'm not going to do a gig review as when I'm at a gig I spend too much time straining to hear the bands over the ever constant fucking chatting that seems to take place these days to actually try to memorise set lists and the like.

To all you scenester fuck wits that go to gigs and chat fucking inanely at the top of your fucking Bearsden/Milngavie affected voices,  here's something to note the rest of us really don't give a fuck what you had for your dinner, or who you were seeing last night, we paid good money, granted in this case not that much to see and hear the bands not fucking you!

Anyway the band were good, not great and at a forty minute set even shorter than your average Fall gig when Smith is not in one of his can't be arsed moods. I'm not sure how far they can go with the limits in their sound, I think if they had went on any longer they may have become boring. Another factor which contributed to this only being an alright gig was the venue. Nice n Sleazy is not one of the best small venues in Glasgow, the view if you are to either side can be obscured by pillars and the sound isn't that great.

Stiff summed the gig up pretty succinctly on the way out " not a bad way to spend a mid week night, a band worth the 7 quid ticket price that didn't go on too long, But I've seen them now and don't have any urge to see them again soon".

Luminary Youth - Stay Outside (Cults remix)
Posted by drew at 11:08

...but there have been shorter Fall gigs. The selfishness of some at your gig reminded me of seeig Laura Cantrell at the truly awful Ronny Scott's in Birmingham a few years ago. There was a small group near the front loudly talking, spoiling the concert. Someone shouted out so loudly for them to "shut the fuck the up, I came here to hear Laura Cantrell not you" that Laura Cantrell was put off her stride.