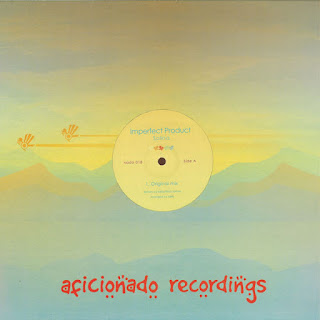 I posted the flip side of this when the 12" was eventually released back in February 2016. I say eventually as it was recorded 17 years previously in the Arches in Glasgow by a local trio that included one of my blogger compatriots, Gareth from the much missed How Does That One Go Again? Apart from JC, Gareth was the first fellow blogger I met as we djed together at the Blog Rocking Beats nights we arranged in the summer of 2010 at the Flying Duck in Glasgow.

Here we have the remix by Les Crocodiles from the other side of the 12" singles where they stretch the track out over a further 2 and a bit minutes making it a bit dubbier and even more laid back, Great stuff.

Anything on Aficionado is likely to be very good. Including this.