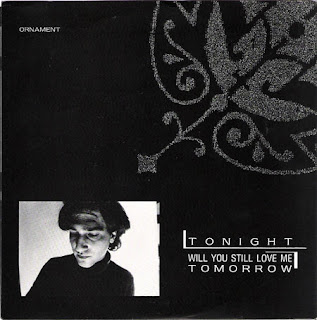 Today's instalment in this series is a bit different from those that have gone before in as much that Mr Dulli's dulcet tones only feature in the background . Ornament was a one off collaboration between The Afghan Whigs and the Scrawl vocalist, Marcy Mays although Mays would later appear on the Afghan Whigs excellent Gentleman album a couple of years later. The result of this collaboration was a 7" single containing a version of the Afghan Whigs song Tonight and a cover of the Goffin and King standard Will You Still Love Me Tomorrow which has been covered loads of times but probably the interpretation by the Shirelles. The Dulli/Mays collaboration is a much heavier, grungier affair with all the sweetness of the original extracted.

Ornament - Will You Still Love Me Tomorrow
Posted by drew at 08:36

I went into this one feeling nervous. The original is just so good. I needn't have worried. Great pick for the series, Drew.