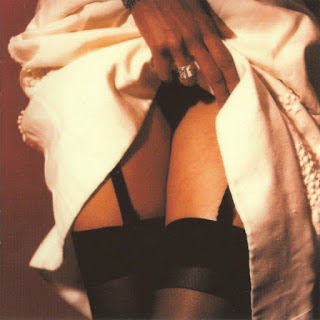 As I think we have established over these posts, Greg Dulli, quite likes to take other peoples songs and put his own slant on them, so much so that when The Afghan Whigs broke up, Dulli's next musical incarnation, the Twilight Singers decided to put out a whole album of cover versions She Loves You where the band went from a traditional ballad, Black Is The Colour of My True Love's Hair, through Blues and Jazz standards to the contemporary at the time, Martina Topley-Bird's Too Tough To Die. I was going to say that his choices were impeccable, however he did include a Fleetwood Mac track, a band I have less than no affection for but Dulli did what I thought up until then was impossible and that was to prompt me to re-appraise this band full of pomp, the worst excesses of the 70s and 80s and those horrible Stevie Nicks vocals and I came to the conclusion that the band are still pish but Dulli can make a silk purse out of a sow's ear.

The Twilight Singers - What Makes You Think You're The One

The link is bad.

The link is good now. Thanks.

He's getting there Eric, thanks for asking. Still very sore but all of the swelling and bruising has nearly gone. The small bit of spleen left, appears to be working fine, thank goodness but he will continue to need monitoring.