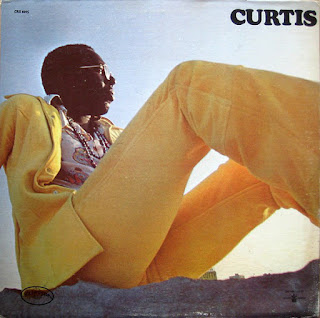 When Donald Tusk last week pondered the "special place in hell" for the liars, charlatans and little Englanders behind the Leave campaign in Britain who promised the earth in 2016 but are now stockpiling body bags and getting the Army ready for the 29th of March, he had  me reaching for Curtis Mayfield's first solo album from 1970.  It was the title of the opening track " (Don't Worry) If There's A Hell Below Then We're All Going To Go" that immediately sprung to mind. It has been a while since I played this absolutely amazing album, so I sat down and listened to it and then I listened to it again. I had fully intended to post that first track with it's state of the nation for the African American at the turn of the 70s lyrics, which I will eventually get round to posting,  But at the moment with all the negativity around I think we should all take time and listen to something a bit more positive :-

Curtis Mayfield - Wild and Free
Posted by drew at 08:00

Spooky!!! - I was playing Curtis Mayfield songs most of last night. "Got to Find a Way" is my favourite album of his.

There is so much going on with this one. That percussion and those horns are wonderful.