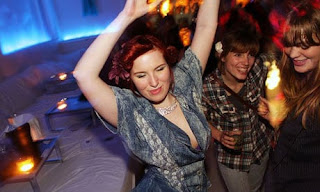 SA over at the Bagging Area was going on about Four Tet earlier in the week and today's track sprung to mind. Released, initially as a ridiculously limited 100 copy white label only available from Phonica in London in September 2017. A further run of 300 were released a couple of weeks later and I ended up at one point having three copies as I had ordered it from Piccadilly but when it didn't appear after a week I got a bit twitchy, so when in Monorail the following Saturday and seeing a copy in the racks I bought it as there was no way that I was going to be left without a copy of this absolute stonker of a piece of Garage House with a nagging refrain that gets lodged in your brain. Inevitably when I got home there was a brown cardboard package from Piccadilly waiting for me and when I opened my Monorail bag there were 2 copies of the 12" in the protective plastic sleeve. So from having no copy on Saturday morning I now had three copies. I did take one of the copies back in to Glasgow during the following week and I think that Stephen Pastel was a little incredulous when I handed it back informing him of his earlier mistake. I couldn't be arsed sending the copy back down to Manchester so I still have two copies.

I really can't face talking about the football. The performance last week was mostly pretty good , the Diamonds should have scored at least three goals, if you forget about the sheer comedy of errors below! Seriously watch it, if you see a bigger shambles of defending this season I will be surprised. The season is all but over, unless we keep losing and end up in a relegation battle. Tomorrow it's away to the League leaders Arbroath just the 25 points ahead of Airdrie still surprisingly in 6th spot.

⚽ Brechin pick up huge away victory 🙌
⚽ Jackson pokes in the only goal of the game 💪
⚽ Brechin stay 7th, Airdrie remain 6th 👊

Saw the clip on Twitter. Astonishing level of play.