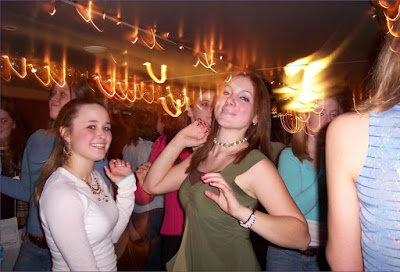 As it's St Andrew's Day I thought that a bit of Scottish Progressive House from my golden days of clubbing should be the order of the day. I have talked before about 23rd Precinct in Bath Street in Glasgow before and the folk that worked behind the counter in the shop who made Barry from Championship look like the most customer centric record shop worker, so won't go back there suffice to say, gits one and all. The two labels that the label produced that probably released records by the aforementioned gits were for a time two of the labels that I would buy as soon as I say saw the label, no need to hear the track first as they would inevitably, to steal a phrase from another Glasgow label be quality recordings.

Between 1992 and 1994, Graeme Drinnan and Mark Brown, collectively know as Sublime released four belters for the labels, the first on 23rd Precinct Recordings Ltd and the other three on Limbo. The fourth release, TGV an homage to France's excellent  high-speed intercity rail service speeds along like you would expect and would probably soundtrack a journey through the Gallic countyside perfectly, certainly worked in the dingy clubs of Scotland's best city in 1994.

Airdrie are going through a bit of an renaissance at the moment with three wins on the bounce. The change in the team over the past wee while is nothing short of remarkable and last Saturday there were shouts of ole during a particularly skilful period of play that saw the midfield string together more passes than they have achieved during the rest of the home games this season combined bringing back memories of the short-lived heady days of the Archibald era when we were being linked to Barcelona and an expectation that Airdire would be the place that Barca's up and coming players would be bloodied and their stars on the wain would finish their careers took hold of the stand, I kid you not. We were a guillable bunch once upon a time. Anyway, let's hope that the guys can sustain their winning ways away to Raith Rovers on Saturday. A game that Leo and I will be attending, as he approves of the half-time catering especially the Steak and Gravy pies (a totally different thing from the pie that you attempted to eat at the Excelsior Brian). We will meet up with JC and Walter there and I hope that on the journey back to Lanark it will be me this time telling JC that his team played well but unfortunately couldn't hold on to the 99th minute to secure a victory.

The Excelsior followed by Starks Park
Walter is a sucker for punishment!

Not the result you wanted on the pitch, to be sure, but I hope you had a nice time anyway. At least the pies and company were good.

Not great Brian, but we had a pleasurable evening after a wee bit of gloating from JC going back to mine in the car