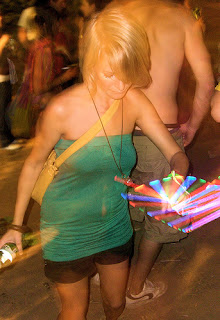 I think we shall have a bit more Guerilla this week from The Drum Club and remixed by Orbital. It is a bit Progressive House by numbers when you listen to it now but at the time this sounded just the thing, a little bit of breathy female vocal, pulsing bass line, a nagging sampled refrain and a squelchy bit. To be honest at the time we didn't need anything else to keep us entertained. Simpler times.

The Diamonds did rather well away to Montrose last week, returning home with a three nil victory. According to the match report it was a pretty solid performance and convincing victory. Let's hope they can give the same sort of performance tomorrow when Stenhousemuir come to visit, which will be the first match with new manager Ian Murray at the helm. Tonight I will be looking out the long-johns as it looks like it is going to be the first of many Baltic visits to Shybury before the end of the season.

No new manager bounce wit the Diamonds Brian. The rebuild may take some time

Guerilla in Dublin is a good compinaction. I'll have to dig it out.

In Dub not in Dublin.