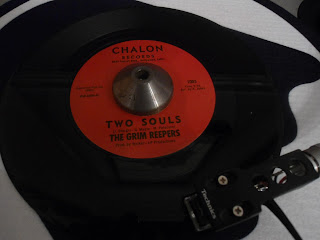 We're back on US soil this week for the garage rock this week and depending on what you read it could have been released in that golden year of 1966 but I have also seen it put down as a 1968 release, so your guess is as good as mine. The only other thing I know about the bands as they hailed from Los Angeles. It is a belter of a track and the flip, Joanne is not half bad either just not quite as good as this.

Are we old enough to say "they don't make 'em like this anymore"? You kids get off my lawn!

Just been reading Jon Savage's 1966 book. This fits right in