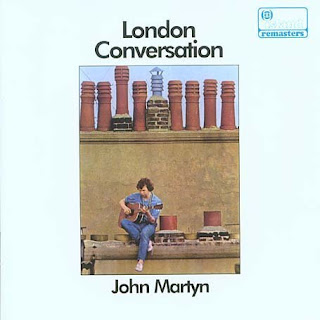 As mentioned before CC over at Charity Chic Music had a recent series of excellent post pitching Bob Dylan's originals against other people's interpretations.If you haven't you really should go and check out the results. The other week I remembered a rather fine version of one of my favourite Dylan songs by John Martyn. Don't Think Twice was included on Martyn's first album London Conversation, one which I don't return to very often as it's a bit too woolly jumper folkie for me although his acoustic guitar picking is rather excellent. Don't Think Twice It's Alright is the best track on the album by a mile for me.

I have this on a Mojo CD of Dylan covers. Probably would have featured had the series ran on

There's a more than decent Johnny Marr stab at this song too.