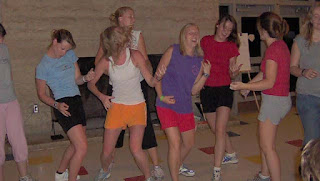 I'm in the mood for some no messing straight up techno and who better to reach for but the "Baron of Techno" a moniker bestowed on Dave Clarke by John Peel, who also placed Clarke's debut album Archive 1 at number 14 in his all time top twenty albums.  Protective Custody was the a-side of the first of three eps in Clarke's Red series. It was due to these eps that he became more widely known although he had been producing records under different guises for the likes of XL and R&S for the previous three years before Red 1 hit the shops in 1994. Clarke has never been one to hold his own counsel and has an opinion on everything which I like and has blamed Pete Tong for most of what he perceived to be wrong with dance music in the UK. Protective Custody is proper no nonsense techno, no frills just a pummeling beat, bloody marvelous. If you like this, seek out his Essential Mixes for Radio 1 especially the ones from 1994/95.

Unbelievably Airdrie are still sitting third in the First Division despite not having won a game in the last seven. Tomorrow we face Peterhead at home who are five place below us in the league but only 5 points behind. If we don't stop the slide tomorrow with a win I fear that we may be down at the bottom end of the table at the end of the season.

Hi Drew,
Can you remember offhand what month/year you posted your Top 50 Northern series?