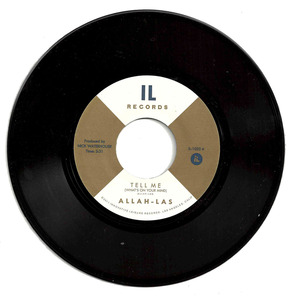 Well actually they do.

I bought this single earlier this year. I decided to take a punt on it as it was on the same label as Nick Waterhouse and produced by him. It has a distinct mid/late 60s Bay Area, Nuggets type feel to it. Their debut album was released over here last week. Haven't had a chance to play it yet but am definitely looking forward to giving it an airing maybe on the road down to Nottingham on Thursday.