It's That Time Of The Year 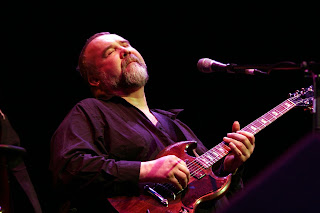 When I start to spend a lot of time in the M section of my album and cd collections. more specifically the works of John Martyn, there is some thing about that drawl and guitar sound that makes we feel warm inside when the wind is howling and the rain is battering the windows.

Here is a re-recording from the album Classics where John decided to record new versions of classic tracks with varying degrees of success. I love the original of Ways To Cry, and this version is not to bad either. Not even the presence of Phil Collins on backing vocals, for it is that Charlie Brown lookalike you can hear, can ruin it for me. The album also has contributions from Andy Sheppard, David Gilmour and Levon Helm on it.