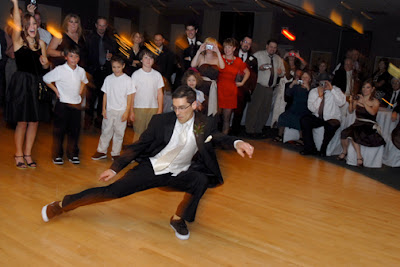 I've never been a fan of Boy George, always thought he was a bit of a twat and his band were shite into the bargain. But I have to give him credit for founding the More Protein label with Jeremy Healy because if he hadn't today's track would never have been released.

Seemingly the label was started due to the fact that no record company would touch "Everything Starts with an E", so the two 'characters' decided that the only way that their collaboration with MC Kinky would be heard was if they put it out themselves.

The tune was awarded the obligatory ban from poptastic Radio1 which helped propel it to the dizzy heights of number 69 in the UK charts and after a week bombed straight back out. It was, however re-released less than a year later and on that occasion it entered the top ten.

In an interview MC Kinky stated that she hadn't ever tried Ecstacy at the time the single was recorded but failed to say if she had subsequently necked any.

The Beeb must have banned the track on the title alone because I'm not sure it is possible to understand a word of Kinky's toasting unless under the influence and we all know that everyone at Radio 1 was far too clean to do anything illegal.

When I think about it, Jeremy Healy also always struck me as a bit of a fud.

Saw a great comment on a You Tube clip of this song:

"I was walking on the street today, and I bumped into my mate and I had headphones on and he asked me what I was listening to (this) and he said it was shit, when I asked him what he liked he said Black eyed peas. I'm never speaking to him again."
http://www.youtube.com/watch?v=iqZwbuwPFiE

Sorry davy. What did you just say?

never understood what people saw in this track

If you had to pick one, Generations of Love would be my choice, but most stuff on More Protein was below par.

Lifetime pass to BG and Culture Club for Time (Clock of the Heart) and Victims. Shame they couldn't keep up that quality, but nothing can ever take away those triumphs.