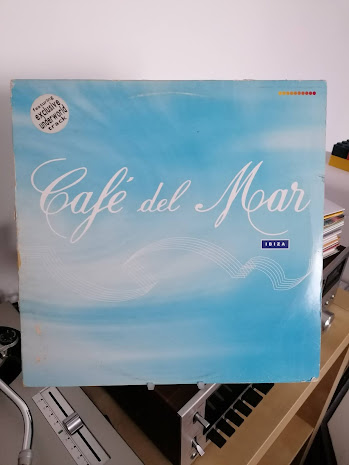 Taking a bit of a different turn today with this as it isn't the first track by a particular artist/band from their first album but I could not allow the passing of Jose Padilla to go unnoticed on this blog.

To say that the Cafe del Mar album was a seminal point in modern club culture would be a bit of an understatement as this album not only launched a series of excellent compilations with that title but it also spawned at least a thousand pale imitations all of which seemed to contain either At The River by Groove Armada or Sneaker Pimps 6 Underground. It is easy to smirk and be disdainful about it now but back in 1994 there was nothing like the Cafe del Mar compilation and for me then and still to this day an album that is reached for in the early hours although in recent years not post clubbing but more likely during occasional bouts of insomnia. As you can see from the battered state of my cover above it has been pulled from the shelves pretty often. Everybody these days has released an after hours all back to mine post club chill out selection it seems and most of them owe their track listings back to Jose, they may not contain actual tracks that he had played but they will all contain tracks that prior to the Cafe Del Mar series people would have baulked at seeing on the same sleeve, some current dance act next to some jazz funk guitarist or 60s blue eyed soul singer.

We all know the legend of Jose Padilla and the Cafe del Mar, the only place to be in Ibiza when the sun was setting into the ocean to an impeccable soundtrack purposefully picked by the DJ originally from Barcelona who turned up on the white isle and never left.

That first compilation is a belter from the off with a Padilla composed track which sets the tone for the 11 tunes that follows, slow bpms, a laid back groove and that late night/early morning vibe of decompressing from the events just past. The album ebbs and flows like the waves of a good stone. From the  incredible beatless mix of Smokebelch II, through the very strange (on first listen) Music For A Found Harmonium, the gorgeousness of Estelle to the final Sunset At The Cafe del Mar you will not find a better curated "chill out" album , as my friend from Oban who loves this series would say.

I only purchased the first two volumes of the Cafe del Mar series, as now that Jose had supplied the blue print, I would compile my own "early hours" sessions with my decks and mixer and my own impeccable taste, the "Maestro", never included Small Hours, Memories of Green or Finale from Once Upon A Time In America on his albums after all.

Rest Easy Jose and thank you for all the great tunes and introducing the greatness of John Martyn to the raving generation. 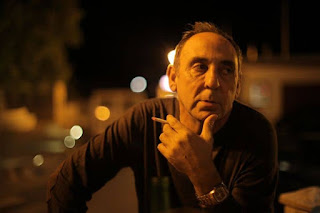 Spot on Drew, spot on.

Oops, should read'took some of...