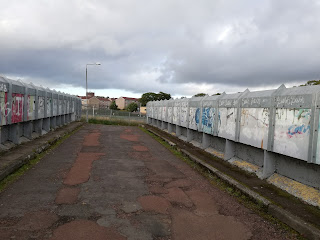 I have featured the Nick Waterhouse cover of today's track previously but it is nothing like this sprawling, noisy, malevolent fuzzed up version. Ty Segall has released a considerable amount of music since he began his recording career in 2008, including 28 albums and 38 singles. This track has been released in various forms, first as a limited Ep pressing of 300 which will set you back over 200 quid if you are lucky enough to find a copy, however as far as I am aware this version remains unreleased, officially anyway.

This should blow any cobwebs away this Monday morning.

I'm only glad that I'm not completely obsessed with ultra prolific artists such as The OC's (or however it's spelt this week) and Ty Segall - I wouldn't have time (or money) for anything else. As it is I'm happy to drop in and out of their respective oeuvres as they pass my periphery. 'It#3' is the kind of thing that could easily tip me over the edge to hardcore fandom though - it's a bloody fantastic racket.

That’s next level prolific. Hey, Swede, are you able to keep up with Robyn Hitchcock? I find it impossible. He certainly hasn’t rested on his laurels.

Wait till you hear Robyn's latest stuff Brian. He's been scattering new songs throughout his twice weekly streamed shows since March - phenomenal. There's a new LP in the works and I'm certain that it'll be outstanding!