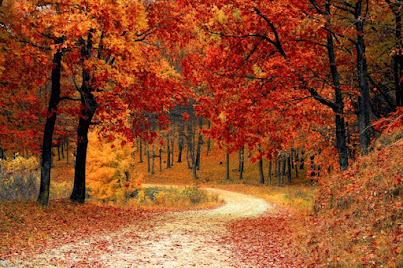 "The colours are absolutely beautiful" Lynn remarked yesterday when we were driving through the Lea woods on the way to do the messages.

"Yeah?" I responded as being colour blind I don't really appreciate the changes in colours as much as people not similarly afflicted do but I do notice an idea for a blog posting when I here one.

It took me quite a while to get a copy of the definitive mix of Coldcut's interpretation of Joseph Cosma's Jazz standard Autumn Leaves after hearing it on The Future Sound of London's ground breaking first Essential Mix back in December 1993. The whole thing blew me away but two tracks in particular got to me and had me replaying the tape over and over. When I eventually got a track listing of the show I discovered that one was the Lynchmob mix of Paul Weller's Kosmos and the other was The Irresistible Force's mix of the a fore mentioned Autumn Leaves. The hunt was then on. A few weeks later I found a copy of the Arista 12" single which had a shortened version of the mix in amongst others by Paul Gotel, Nellie Hooper and Well Hung Parliament that weren't very good at all. And so the search went on until the start of the new millennium and my early dalliances with eBay where I managed to find a copy of this, one of the most chilled, sorry but there is no other word that fits, ambient records every.

Classic tune Blissful in every way.

Lovely tune. The leaves are spectacular right now, all the colours and shades in a row fading into each other.