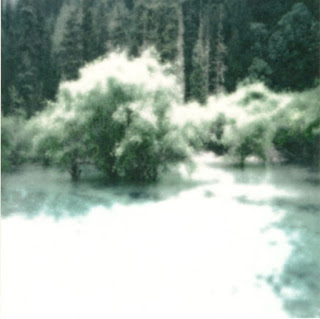 I'm not sure about the rest of you but I have been finding myself turning to a lot of more downtempo, soothing music at the moment, Richard Norris' ambient excursions, FSOL, John Foxx's London Overgrown album (which I expect will feature in the coming weeks) and over the weekend 29 hours of The Dark Outside, Inside which was absolutely wonderful.

Today's track comes from a cd bought on a whim. Arc of Doves was a project by Japanese producer Tetsuya Nakamura and I don't know why I never bought anything further than the debut Impressions as it is a gorgeous set  of ambient(?) Modern Classical(?) pieces, I don't know as someone more eloquent than me put it "all of these are just labels". However it does have the desired affect in that when it's on I forget all about the anxiety of now and get lost in the soothing tones and repetition.

'Yep, I know that feeling'

It is the same to me at These days. I don't know if it depends on social distances yet but I am not in the mood for Uptempo songs. And it doesn't matter when there is so much great music out there.

Same here, over the last 3 weeks and probably longer,I've been listening to much more ambient etc and at this point it's pretty much all I'm listening to apart from Weatherall and dub.

I've found myself turning to longer, meandering instrumentals more and more often over the past couple of years and the current situation has only increased the desire to lose myself completely in lengthy tunes. 'Impression' is doing the job very nicely.