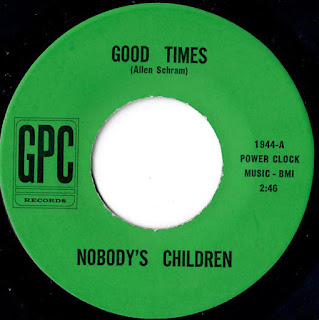 I realise that the title of today's slice of heavy garage is not particularly apt and I'm not trying to be ironic either, it just happens to be in the words of the Swede "a rather splendid racket", a fuzzed out wig out that was presumably heard by very few people outwith the Dallas Texas area on it's limited release in 1968. It was exhumed until earlier this century when a limited number of mint originals were found by some now considerably better off psych/garage crate digger.