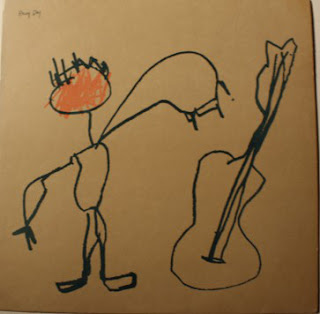 Last week I posted a video clip of what I thought was a brilliant performance of my favourite track by The Dream Syndicate, a band up until about a fortnight I hadn't listened to for quite some considerable time but in the past few weeks there has been no getting away from them, A few days after the post by Swiss Adam that jogged my memory I received an email informing me that the Dream Syndicate were touring around the USA and that they had a 12" out for RSD which included another live version of John Coltrane Stereo Blues and I managed to bag the last copy of the record in Monorail on Saturday afternoon.

So when I was wandering about Glasgow on Saturday in my opinion the definitive version of the Bob Dylan/Nico classic I'll Keep It With Mine came on the Ipod, This version by Rainy Day, a supergroup of sorts made up of many of the leading lights in the Southern California bands from the early 80s that were tagged as "the paisley underground", that came together to record an album of covers by the bands that influenced their sound, like Jimi Hendrix, Big Star, The Who and of course the Velvets. Included in the 15 musicians credited on the subsequent album were  Kendra Smith and Steve Wynn founding members of The Drean Syndicate, Michael Quercio from the Three O'Clock (who had coined the term Paisley Underground), Dave Robak from Rain Parade and the little known at the time co-founder of the Bangles,  Susanna Hoff. I would be lying if I said that all of the covers are successful but the very good certainly outweigh the mediocre.

Rainy Day - I'll Keep It With Mine

It's a lovely album, one I must dig out again soon. Rainy Day's 'I'll Keep it With Mine' is very much based on Nico's version, rather than Bob's original demo. All great performances though.
Congratulations on scoring the Dream Syndicate 12" Drew. I'm more than a little jealous.

I’m a fan of everyone associated with Rainy Day, but I missed this supergroup (should that be in quotes?) completely. What a gem! Post of the day.

Where’s Adam? No way he misses a Hoffs sighting.

Hello. I was just perusing your blog and came upon these two by Rainy Day who I'd never heard of before. Their version of Holocaust made me stop for a moment and just sit still and listen. Just wanted to say thank you to you. It doesn't cost anything to say thank you, I thought, so why not?