From EK To Queens 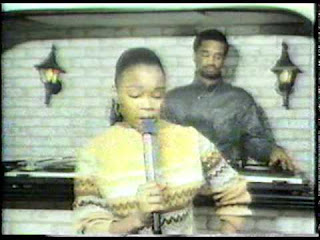 Today we return to the Reid/Gillespie/McGee related posts. As I said on Tuesday I was listening to the 12" mix of Sidewalking on Saturday night, in fact it has returned to the turntable probably a dozen times since. I have loved this song ever since it came out. It was quite a curve ball at the time what with the sampled beats not the sort of thing we were expecting after Happy When It Rains, Gary Mulholland in his book Fear of Music, states that "the swaggering Sidewalking beat baggy by a couple of years" however I'm not too sure how much weight I put on Mulholland's views as he also says in the same entry that Psychocandy has not aged well . He also said that Screamadelica  was "the most over rated album of the post-Rave era" which is also pish we know that that could be any number of albums attributed to the Britpap bollocks. But these are discussions for another day .Not too sure now where I was going, quoting the opinion of such a clearly misguided music journalist in the first instance as it doesn't really further my position.

The beats for Sidewalking were lifted from Roxanne's Revenge by Roxanne Shante, 14 year old Lolita Shante Gooden) which were originally stolen by Marley Marl from the instrumental version  of a b-side of a single by U.T.F.O, Roxanne Roxanne as revenge for UTFO failing to appear at a show he was promoting with dj Mister Magic ( I hope you are keeping up). The original version is impressive as the 14 year old made the lyrics up on the spot and was recorded in one take.On release it became a hit which started what has gone down in Rap history as the Roxanne Wars.  As a response to Shante's foul mouthed rap a record was recorded as The Real Roxanne which also charted. Other crews quickly saw what was going on with three "Roxanne" records in the charts and decided to jump on the bandwagon and release records either with Roxanne in the title or by Roxanne someone or other. By the end of 1985, the year after the original UTFO release it was estimated that there were at least 30 of these records produced even one titled The Final Word - No More Roxanne by The East Coast Crew.

and the original version

Every day is a school day on the blogosphere. Cheers Drew.

Takes me back to summers in NYC in the mid 80s. If it wasn't amazing bands from the UK taking up my nights, it was bouncing to beats in the hottest (and yes, temperature is exactly what I mean) Electro and Hip Hop club nights. UTFO and Lisa Lisa and Cult Jam were always performing somewhere.

As for Sidewalking, JAMC took certain turns and side-steps from their initial sound that they either engaged or enraged fans from their earliest days. I am in the "engaged" camp. It's the sonic, almost industrial sound clash of the 12" which I really love. When the deep, dark guitar beat finally makes it's appearance it shakes you in your boots (size 11 engineer/motorcycle boots).