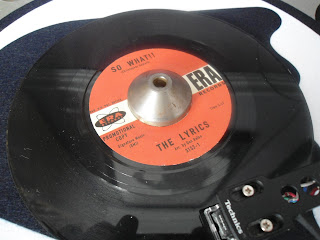 Christopher Gaylord on the evidence of So What was listening to a lot of Rolling Stones  prior to writing and recording this great piece of Garage Rock released in 1965.  I love the wailing harmonica on the track and if the way that Chris Gaylord spits out the lyrics he has more than a little contempt for the girl he is singing about. The Lyrics hailed from San Diego, California and released four singles from 1965 to 1968.

There doesn't seem to be much love out there for the garage rock, however I am going to persevere until I run out of what I consider to be good songs.