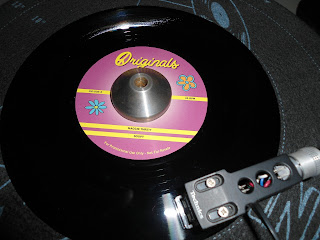 Maggie Thrett recorded Soupy when she was only eighteen in 1965 although she sounds a lot older on this funk belter. The following year she moved to Hollywood from New York to embark upon an acting career that included a part in an episode of the original Star Trek series and a few other minor roles. In 1970 she was riding pillion on Gram Parson's motorbike when the singer/songwriter crashed and received significant injuries although Thrett was unscathed. The same year she decided to leave the movie/music industry behind. Soupy was sampled on De La Soul's groundbreaking Three Feet High and Rising album.