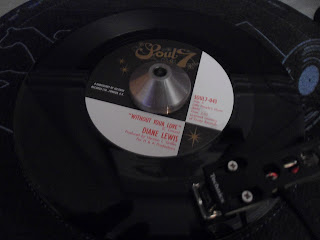 Today's piece of soul has that unmistakable sound that means that it could only come from one city, Detroit. It was released in 1968 and sounds like one of those records from Hitsville USA that unfathomably failed to chart. It was in fact released on NY label Wand but produced by Herman Griffin a native of the Motorcity. Diane Lewis along with her sister Pat Lewis have records that are much loved within the northern soul community both as solo artists and members of the group The Adorables.