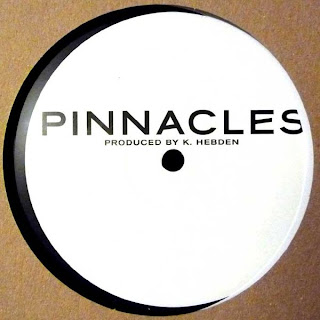 Right, after yesterday's self indulgent tosh today it's back to the music and one of the most consistent innovator's in dance music, whether it be remixing the likes of the xx or Caribou , collaborations with Burial or his own excellent album from last year There Is Love In You, you know that a new release from Four Tet is something worth waiting for.

This month saw the release of not just one 12" single by Kieran Hebden but two, one a collaboration with Burial and Thom Yorke and the other a split 12" Daphni (aka Caribou). The first was a limited pressing of 300 which was sold out via pre-sale, most of which are now on either ebay or Discogs for exhorbatant prices, shower of bastards if you ask me. No matter how good it is, it is not worth north of thirty quid.

The track I'm posting is from the other twelve, also released on Text Records and a track which is equally as good as the collaboration with Burial and T Yorke, the flip side is none too shabby either.

Just grabbed it from his Soundcloud for free too!

Thanks for the heads up, another great tip from your blog.

Oh yeah like that - I've got some Four Tet remixes in the collection somewhere..

For similar try this

That's pretty goog Mond, especially like the guitar in the first track