Albums of The Year

One good thing that has come out of 2020 is the quality of the music that has been released, well the music that I have bought anyway. It has been a bumper year in the number of releases too making it hard to keep up and I have had to make more hard choices on what to buy and what to try and forget about. It has also been a year when I have chosen to buy the cd copy of some new releases over the vinyl, mostly forced on me by major labels ripping the absolute pish in relation to price, thirty quid for A Letter To You by Bruce Springsteen or Taylor Swift's latest anyone? And don't get me started about the lack of download codes in an ever increasing number of vinyl releases.

Some record labels are offering a different approach, producing beautifully packaged, well produced records complete with download codes and download links from the Bandcamp pages at a reasonable price, Colin Morrison's Castles In Space is the leader in this field and is now offering a brilliant subscription service. On the topic of labels a couple of new ones that have come to my attention over the past 12 months are Werra Foxma and Cue Dot Records both of which offer some excellent fresh electronic sounds and are well worth checking out.

It has been difficult get my list down to ten albums but here they are. 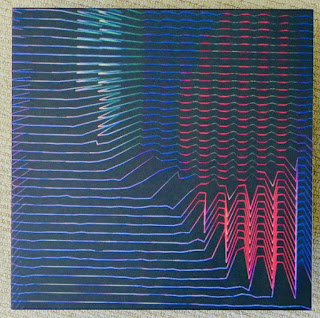 The album consists of 5 fairly lengthy pieces of psychedelic, kosmiche that envegle themselves into your consciousness and foster a strange feeling of calm at a time of high stress. Well worth a listen 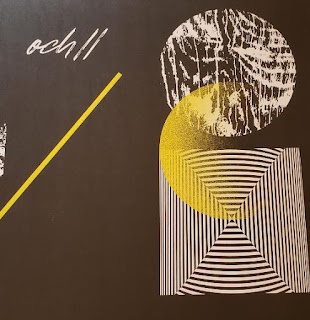 I know very little about OCH other than they are a trio from Sweden and this is their second release, the first being an ep which came out back in 2014. More synth based modern Prog Rock, no, honestly give it a listen. This album was bought on a whim and I am glad that I did. There was a time between April and July/August when, apart from one album which will feature later I had very little time for anything with any vocals at all and this fitted right in with that mood. 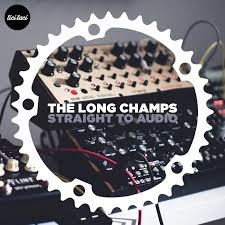 8. The Long Champs - Straight To Audio

Another one bought on the strength of hearing one track. Debut album by "the Welsh Idiot", not my description but what's on the Twitter bio for the Long Champs. I really don't know how to describe this other than none of the eight tracks would have been out of place on Weatherall's Music's Not For Everyone and quite a few of them could be included in an A Love From Outer Space set and no one would bat an eye. Yes, it is that good.  Only downside is that it only came out on cd or download. 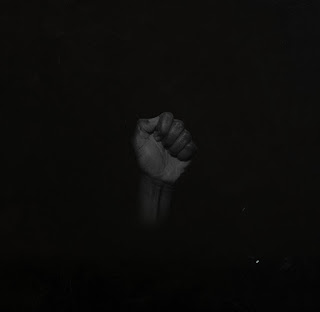 It's September and out of the blue, unheralded as with the previous two albums by the mysterious Sault, Black Is is released. An album that has obviously been produced in the wake of the hellish racist murder of George Floyd, the justified BLM protests and the totally disgusting actions of police forces all over the US. An album of protest, brooding, sorrowful in parts, defiant in others but absolutely gorgeous and the album that every right minded person needed at that time. 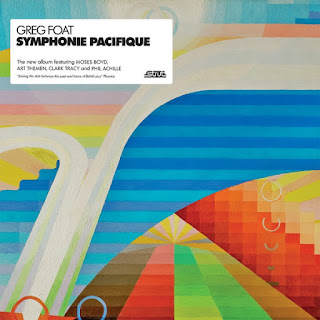 6. Greg Foat - Symphonie Pacifique
You know what I was saying about lyric less music being the thing that was floating my boat around the middle of the year, well I found this wonderful album courtesy of the Giles Peterson show on 6music. Until that point I was not aware of the Jazz pianist Greg Foat. although I'm not sure that this album can be called Jazz or pigeonholed at all. It is just a collection of beautiful pieces of music that hang together remarkably well as an album. 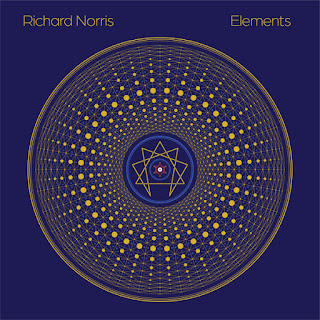 5. Richard Norris - Elements
Richard Norris' music should be given out by prescription on the N.H.S. I am not kidding you. His recordings over the past year, this album and the 12, long Music For Healing pieces that he had produced have done more for my mental health than anything else and I know that I am not the only one. I am so looking forward to the stuff that will be released through the subscription service. I do regret not going for the picture disc of this album as it is a thing of beauty but I have always been a bit wary of pic discs. 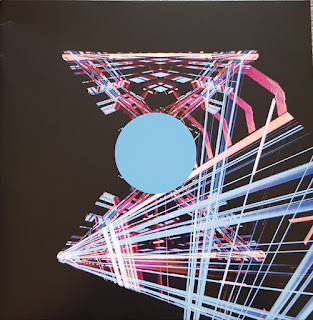 4. Glok - Dissident Remixed
Strangely in the same position as last year's original Dissident album by Andy Bell's side project. Here we see the tracks on the album getting some pretty brilliant remixes for the likes of Richard Sen, Maps and sadly one of the final if not the final remix by Andrew Weatherall which I found heartbreaking to listen to for quite some time if the truth be known. 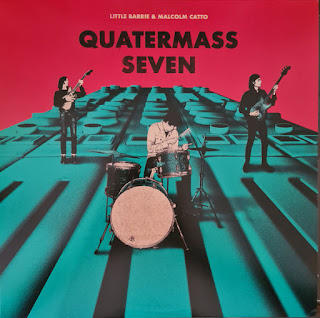 3. Little Barrie & Malcom Catto - Quatermass Seven
I'm not sure that I have any better way of describing this album that the Bandcamp blurb that got me interested in the first place "what you hear within it's seven tacks is the British blues explosion, colliding with a mid 70s Bronx block party; Haight Ashbury acid rock mashed up with Manchester's summer of love circa '88: or a prime slice of UK freakbeat broadcast from New York's jazz underground, emerging kicking from and screaming above London city tower blocks."
This album has hardly been off the turntable since it came out. It is incredibly good and the sort of thing that we need much much more of. 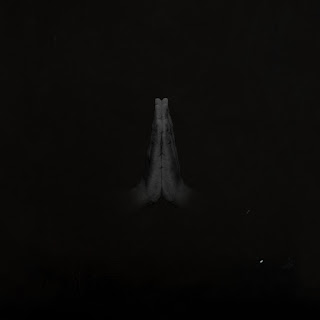 2. Sault - Untitled (Rise)
So the week before the vinyl of the Sault album Black Is is supposed to arrive I check the Bandcamp page to make sure that I have the dates right and I see another title listed, surely not? But it is, another bloody album, so without any debate it is pre-ordered and because I am still loving the Black Is download I decide that I will wait to listen until the vinyl arrives near to the end of November before giving it a listen. Surely it can't be as good as the previous one. Correct, it isn't it's better, this has a much more hopeful vibe and is a lot more dance orientated. The lyrics are as angry as the previous album but there is also optimism there and the production as previously is immaculate. 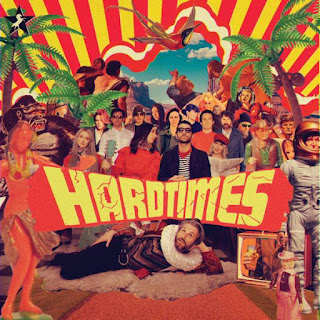 1. Whyte Horses - Hard Times
Hard Times was one of the first albums that dropped through the letterbox in early January 2020(It had been on order since September 2019), when we were yet to realise just how much of a fuck up the year was going to be. From the first listen I loved it. The choice of covers were interesting, tracks by The Bee Gees, Lou Reed and Baby Huey amongst them and a couple that I didn't know at all. The choice of guest vocalists was even more interesting, John Grant, Tracyanne Campbell, Badly Drawn Boy and in the case of Elly Jackson (La Roux) a complete revelation. On many occasions this year when I have been feeling a bit low I have reached for this album usually to play a particular song and have decided to just play the whole thing and more than once have played it through twice. Great uplifting stuff
Posted by drew at 06:30

So very nice to see The Long Champs album on your list. It is such a great listen. They will make an appearance in my Top 50 later this week!

A great list, although a couple that I don't know which I shall look into. Highly doubt I'll get my list down to ten, there's been a lot of great music and extra time to listen this year.

A great list of records that are often close to my taste this year. Glad to see that The Long Champs, Sault and Whyte Horses and Quatermass Seven made it on your list Drew. Hope I can finish my list during the week.

We only share one album that will appear on my list (your No. 1, in fact), but your opening paragraph is almost word for word what I planned to rant about. I felt forced into buying far too many CDs this year for the same reasons you offer. I'll give these other nine albums the attention they deserve over the holiday break. Thanks for taking the time to fill us in on what you have been listening to, always a highlight this time of year, but I did miss your annual use of the word self-indulgent. I hope your other holiday tradition isn't forgotten.