I Can't Stand It 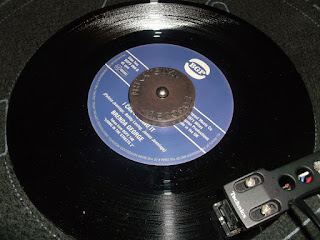 This fine piece of 70's funk has been posted before but it was over five years ago and I feel it could do with another airing.

I know absolutely nothing about Brenda George other than what I have gleaned from Discogs and a couple of soul site and that doesn't amount to very much. Brenda released three singles between 1971 and the following year. I Can't Stand It was the flip side of the first of these 45s, What You See Is What You Get released on the Kent label in 1971 and for me is the strongest of the tracks. My copy is the re-release that came out on BGP in 2010.