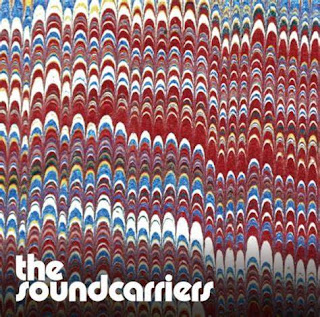 I was very late to the party when it comes to today's band, only finding out of their existence last year when I heard Waves from the split single that they brought out with Gloria. I loved the late 60s psych vibe of the song, at that time to be honest I had become quite obsessed with sound of this type, But did I really need to go investigating another band's back catalogue, probably not but I did so anyway. I listened to a few things on YouTube realised that Waves was not a one off and headed for Discogs. I soon discovered that although not a vast back catalogue, it was not going to be cheap. The vinyl was out of the question especially for the first two releases with the cheapest copy of Harmonium at £85.

I decided to start with the first album, Harmonium released in 2009. The album is jam packed with analogue synths, breathy male/female vocals, flutes and some of the best drumming I've heard in a long time. Ok, it harks back to the late 60s and at times sails a bit too close to Stereolab territory but it has a very positive vibe and bright sound which is very welcome at the moment.

Still not sure how I missed this at the time.

The Soundcarriers - Let It Ride

I'm such a sucker for this sound. Komeda, the Cosines, Watoo Watoo, Le SuperHomard on and on. They all owe Stereolab a debt of gratitude. I'm tardy too. I don't have any Soundcarriers, but they have been added to the list.