You Didn't Say A Word 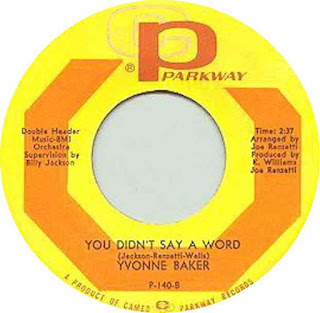 I have a suspicion that this tune was supposed to cash in on the popularity of James Bond when it was released on Cameo Parkway Records back in 1967 what with the very John Barry sounding backing track. Why it was resigned to the b-side of a very ordinary ballad is one of those mysteries that will never be solved. Instead of being an obscure northern soul rarity, albeit number three in the original Northern Soul Top 500 it could have been a billboard top ten. Completely ludicrous marketing decisions such as this is what northern soul was built upon.

Just listened to the A-side. Your ears don't fool you. This B-side has hit written all over it. Great to see the old Cameo Parkway logo too.