Turning Rebellion Into Not A Lot Of Money, One Suspects 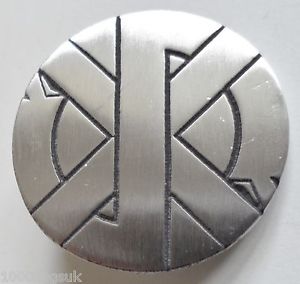 It's true nothing is sacred. I see that Feeding Of The Five Thousand has not only been released on vinyl but white vinyl and remastered into the bargain. I would like it be upset about this but it was inevitable. I wonder how many hipsters out there are going to spend twenty quid or so for what I have never been too sure was a 12" with lots of tracks or a short album. I can't think that their will be much of a market for angry, nearly musical, sweary anarchist punk records that make you feel quite inadequate as you can never live up to the ideals espoused, though I could be wrong.

I've got a mint copy of Penis Envy, if anybody wants to make me a decent offer. I will part with it as it is totally un-listenable.

The people who ran the Roxy club in London were interviewed on the radio last week, it might even have been the Lamacq show and they were talking about how they were inclusive and just wanted somewhere where the punks could congregate. Yeah right, they were that inclusive that they banned Crass.

Crass -  Banned From The Roxy

Ah, the whole scene was full of contradictions from the start.... very hard to navigate! I think I could write a book about it (at a "pay no more than..." price, or as a limited edition for loadsamoney?!) based on the experiences of my youth, when my other half's band played many support gigs with Crass and others. Oh what heady, hedonistic days (not..!)
But 'Banned From The Roxy' is still good and they were a powerful band to see live in those early days, when they weren't banned from venues...

C - I would have liked to have seen Crass live and a good few of the songs still stand up but I couldn't listen to a whole album these days., too much righteous anger for one sitting.

I feel the same way, Drew.

As I said over at my place recently, I found it hard to really like Crass other than in small doses as it more often than not was an aural assault on your senses.

There has always been more than a hint of revisonism around the punk/new wave/post-punk era and interesting that C points out the contradictions were there from the outset.

Still. I never thought I'd see Crass material become the stuff of bearded hipsters so maybe the market is aging blokes who wish they had stayed true to their anarchist ideas instead og giving away their vinyl when they hit middle age and needed to make space for the kids bedroom? Kids all grown up and gone now, so the vinyl can be repurchased and given space in the house (just don't play it in front of the grandkids as they scare very easily)