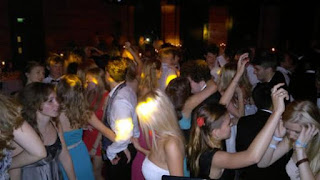 It's back to 1992 and a bit of progressive house from "a man like Sasha". I made a decision not to preach about the late 80s and early 90s being the halcyon days of dance music as that would give the impression that I was just an old git harking back to the time when I was young and things were much much better than they are today, the fact that they were and dance music was are basically true but I don't want to come across as an out of touch ancient duffer so I will say that there is plenty of excellent new dance music about much of which will be featured over at Ctel's bit here. It's just every so often I like to go back and relive past glories. Honest, I'm not a look back bore.

Feel The Drop was one of two tracks on a double 12" pack, the other track was Appolonia. On the two slabs of vinyl there were three mixes of Feel The Drop and four mixes of Appolonia. 60 minutes of progressive dance floor culture is written on the front cover and just about sums it up. This was  Sasha's (born Alexander Paul Coe) first release  and his star was just beginning to shine but not quite at the poster boy of dance status that he would achieve a couple of years later, Mixmag actually had him on the front cover with the strap line "Son of God?" below the picture. His later stuff when he teamed up with John Digweed really bores me, all those long trance records with the big breakdowns but I loved this single and a few of his remixes, especially his Chuff Chuff mix of I'm Going All The way by Sounds of Blackness.

Btw B.M. EX stands for the Barry Manilow Experience as a nod to Mr Coe's love of the piano.

I am hoping to get out on the scooter again tomorrow as it was great last Sunday when there were loads of scooters down the Clyde Valley.

Think I'm in danger of becoming a look back bore. Look back bore sounds like a Fall song.
Swiss Adam

That's rather good. Never heard it before. And thanks for the plug.

I am. And not ashamed of it.

Finding that a lot of bands I've fallen for in the past decade or so haven't been able to sustain my interest in the way that so many did back in the 80s. Can't belive how dull I'm finding, for instance, Frightened Rabbit these past couple of years. No matter how much The Smiths/New Order/Bunnymen/Orange Juice etc annoyed me back in the day, I never found them dull or verging on the unlistenable.